The velocity of a football, weighing just under a pound, thrown by a quarterback to a receiver at anywhere between 5 and 50-60 yards, travels anywhere between 35-60 MPH.  This is dependent, of course, upon the distance it is thrown (short or deep), and other variables, including the quarterback’s abilities, wind factors and such. If the ball is being thrown deep—say 50 yards, it could travel at speeds upwards of 50-60 (or possibly more) MPH.  Astounding records are constantly being broken on the field as quarterbacks and receivers continue to defy the laws of physics.

Simultaneously, another drama is being choreographed.  Another set of players gives the quarterback time to locate an open receiver.  While the quarterback seemingly dances about looking down the field, among those buying him this time are the right and left guards, known as well as offensive linemen.  Along with the left tackle, the left guard assists at protecting the quarterback’s left side—known also as his blind side.

Football, like any other activity on this planet, uses the laws of physics and attempts to turn them to best advantage.  Wind, rain, bright sun, snow drifts, the noise of screaming crowds…these all conspire to challenge the play that the offense is putting into motion, and which the defense is trying to second-guess.

And so it has been with Dallas Cowboy’s left guard, John Niland.  Seizing life with a similar velocity and torque, defying, as we often do, the laws of physics as we tear through obstacles, John Niland made his own inimitable appearance.

The year was 1944—not a warm and fuzzy time for many.  And back in the day, a single mother was not greeted with the open, loving arms that this country extends today.  She was disowned, and both she and her baby were often ostracized and treated with a contempt that indicated we were not yet out of the dark ages. 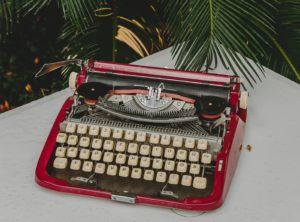