Jody Lynn Perry has been writing since she was a young girl in New York City. Her mother kept her supplied with a wealth of books from which she read voraciously.

Her influences go from Frances Hodgson Burnett to O Henry  and…her mother, whose letters over the years (later emails), were always articulate and entertaining, even when the two of them didn’t see eye-to-eye.

As a writer, words and their various origins and concepts are Jody’s stock in trade.  Among her sources is a wonderful read called Origins of the Specious by Patricia T. O’Conner and Stewart Kellerman. This has given Jody, among other things, free license to end her sentences with a preposition--a penchant, rather than of which is particularly fond; she is particularly fond of.

During high school she penned a large of amount of playful, often thoughtful free verse poetry, which is still recalled by those who were in her creative classes. One of her major influences was a high school teacher, warmhearted and energetic, who encouraged all her writing and took obvious joy in her offbeat snippets–Jody was actually tweeting long before it became popular!

Jody Lynn Perry graduated from Santa Barbara High School and went on to seek her fortune. After various adventures and misadventures, she landed once again in Santa Barbara, determined to successfully pursue her passion for turning a phrase.

Her projects range from young adult fantasy and fiction, to blogging on her various interests, including her love of Santa Barbara. She is currently wrapping up a biography on John Niland, who played with the Dallas Cowboys. While her team was always the NY Giants (her father had season tickets to their games), her loyalties now also extend to Dallas, the home of  ‘America’s Team,'  and as well, the place she, too, currently calls home. 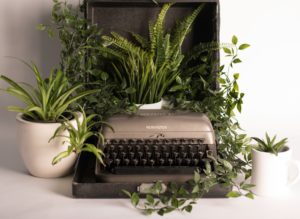